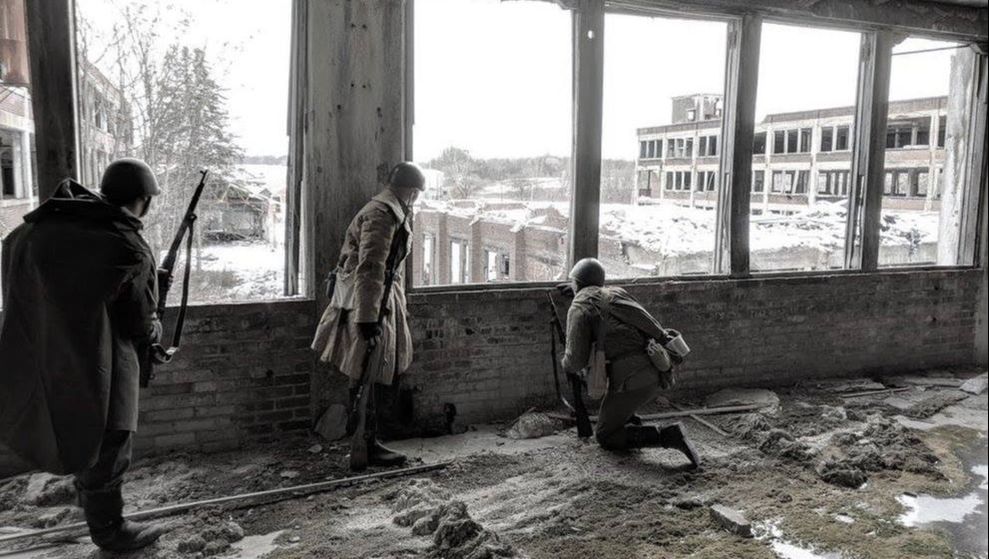 All Soviet Rifle reenactors will be portraying the 138th Rifle Division, 650th Rifle Regiment in defense of the Barricades Ordnance Factory on November 10-12, 1942. For most impressions, this will not require any serious alterations.

Guards badges and any awards, insignia, etc that wouldn’t fit the unit and scenario must be removed.

All uniforms and equipment must be original, corrected post-war, or a QUALITY reproduction

This year’s biggest change is that M35 shirts are REQUIRED with either subdued or no collar tabs. M43 tunics will NOT be permitted!

NOTE: WEAPONS MUST MATCH YOUR ROLE IN YOUR UNIT.

ENSURE ALL WEAPONS ARE UNLOADED PRIOR TO BRINGING THEM TO THE EVENT
There is to be absolutely NO gunfire between 20:00 and 8:00 (8PM to 8AM).