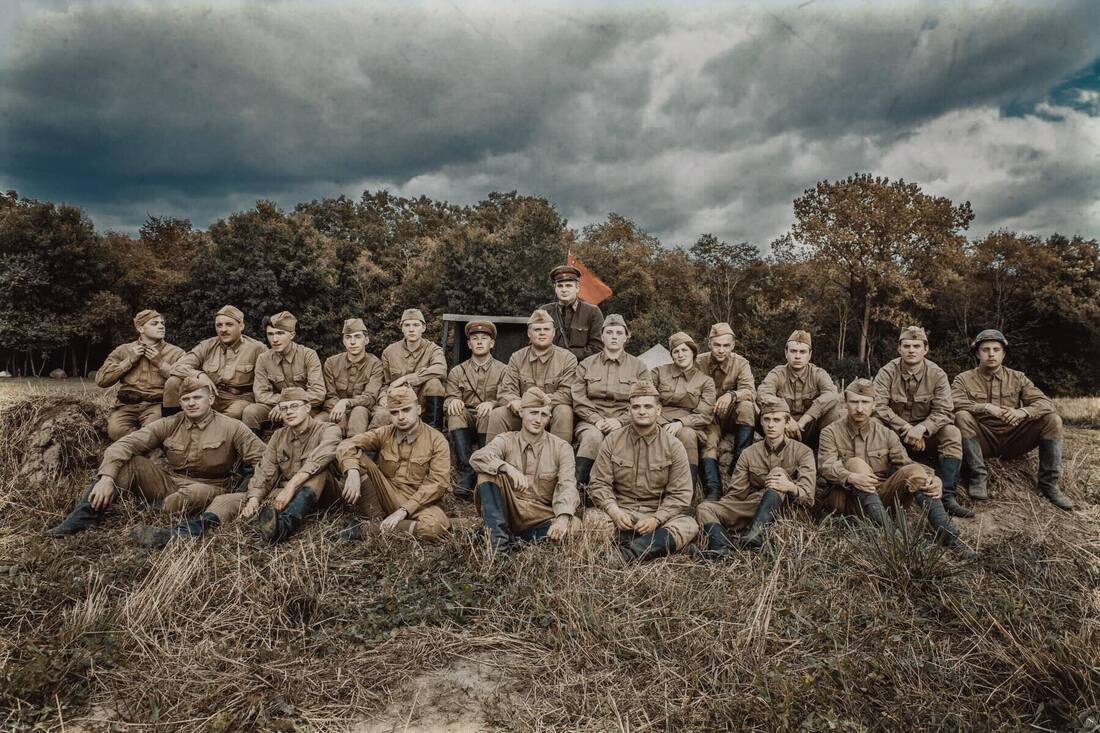 All participants will be portraying the 929th Rifle Regiment of the 254th Rifle Division of the Northwest Front in the defense of the Demjansk pocket during February-may 1942. Your entire impression must match this unit and time frame. For the most part, if you have an impression for Voronezh or Stalingrad, it is kosher for Demjansk.

We are going to be trying for a degree of standardization, thus some things that fit the time period will be more discouraged than they would normally be, in an attempt for accurate uniformity.

During the fall and winter of 1941, the Soviets launched a number of operations against German lines in the Northern Sector of the front, keeping the men of the 16th Army on the defensive for the rest of the year. Units of the SS-Totenkopf division along with various Heer Divisions dug in for the winter near Lake Ilmen and the town of Demjansk in Staraya Russia.

While the men of the 16th Army defended their positions in the winter of 1941, in January of 1942 several units including the SS-Totenkopf division were cut off and surrounded.
The encirclement began as the Demyansk Offensive Operation, the first phase being carried out from 7 January-20 May 1942 on the initiative of General Lieutenant Pavel Kurochkin, commander of Northwestern Front. The intention was to sever the link between the German Demyansk positions, and the Staraya Russa railway that formed the lines of communication of the German 16th Army. However, owing to the very difficult wooded and swampy terrain, and heavy snow cover, the initial advance by the Front was very modest against stubborn opposition.

For months, thousands of Soviet units threw themselves at the defenders of this small isolated pocket, as the entirety of the fighting took a heavy toll on all the units involved. an example would be the SS-Totenkopf division, which left the pocket the size of a battalion, and the division had to be completely reformed.

You must wear Soviet/German jackboots or Soviet/lend-lease low boots. Cold War model jackboots are allowed but try to get wartime correct boots. Try to limit lend-lease boots. Please no GI “roughouts”. They weren’t being produced yet.

Footwraps are recommended, but socks are acceptable. Please note that footwraps are more comfortable in Soviet boots and socks were very rare in the Soviet Union.

NOTE: WEAR APPROPRIATE FIELD GEAR FOR YOUR RANK! MAPCASES, PISTOLS AND BINOCULARS ARE ONLY AUTHORIZED FOR OFFICERS AND NCO’S.

Your field gear must be a correct and reasonable combination for your role.

Field gear seems to be an interesting mix of primarily mid war gear with some early gear thrown in. And remember, sometimes less is more. Don’t overdo it and wear too much field equipment.

Please have a gas mask bag. The Obr.40 model with no side pockets is preferred for uniformity. Other models are all seen and acceptable.

“Obr.1910” model E-tool in non-skeleton cover strongly encouraged for uniformity. It is highly recommended that you bring an entrenching tool. There will be a lot of digging this year.

M1939 and Ranets packs show up as a minority mixed in units with Meshoks.

NOTE: - No Kirza (fake leather) Mosin pouches, no F1 grenade pouches, no metal grommet platsches, no "motor rifles" meshoks with straps and a pouch on the outside.